Karnataka is one of the biggest states in South West India and shares its boundaries with Andhra Pradesh, Maharashtra, Kerala and Tamil Nadu. Hence Karnataka is well connected by roads, railway, airway and waterway with all its neighboring metros and within the state as well. KSRTC buses, NWKRTC and BMTC buses operate within  Karnataka with a well built nexus of roads i.e State and National Highways.

Bangalore, the capital city of Karnataka is well connected with rest of India and foreign countries through Bangalore International Airport and sees a lot of air traffic for being the IT hub. Hubli district in Karnataka acts as the base of South Western Railway and Konkan Railway also crisscrosses through the coastal belt of Karnataka. Buses, cars, auto rickshaws , motorcycles , local trains are the common means of conveyance within Karnataka and also for inter and intra city transportation. 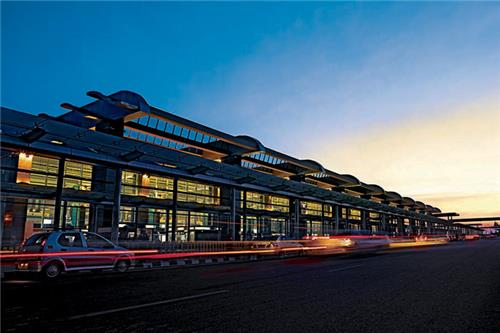 Mangalore is the second busiest airport in Karnataka links 7 international zones like Muscat, Abu Dhabi, Bahrain, Qatar, Kuwait, Dammam and Abu Dhabi. It also links domestic zones in India like Delhi, Chennai, Calicut, Bangalore, Mumbai, Chennai and accounts for ferrying 1.5 million commuters at present to different destinations across the world and within India.

Mention should be made of Hubli airport which ferries commuters to Bangalore, Chennai, Jabalpur, Delhi, Mumbai.  There are also airports at Bidar, Bellary but not for commercial airfare as well as private airspace at Koppal, Harihar and Sedam. Three airports at Gulbarga, Bijapur and Shimoga were inaugurated in 2013 created under Public Private Partnership Model and have started operating as commercial airbase. 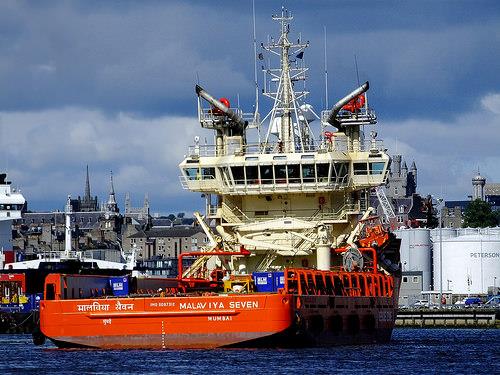 A commercial ship anchoring at the Mangalore Port / Flickr 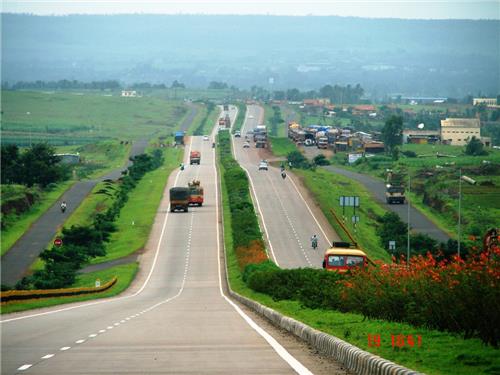 Karnataka is connected by a huge expanse of roadways via National Highway spanning 3973 kilometres and via a nexus of State Highways spanning 9829 kilometres. State Highway 17 connects Bangalore with Mysore. Karnataka state road transport corporation operates a network of buses known as KSRTC since 1961 and it strives to offer effective and convenient bus services via road transport. KSRTC engages 10,400 fleet of buses ferrying 2.2 million commuters daily across Karnataka’s several cities covering 1.95 kilometres of roadway.

Private buses also operate in Karnataka, but mostly in zones like Dharwad, Bangalore, Mangalore, Dakshin Kannada and Udupi districts. Maxi Cabs  and Omni buses also ply on routes where KSRTC does not have access or don’t run their service. The aim of KSRTC is to connect Karnataka with major cities of Chennai, Trivandrum, Kochi, Mumbai, Pune and Vijaywada apart from running intra city bus service.

BMTC also runs a fleet of vehicles like Big 10, Red Buses and Suvarna, Pushpak, Big Circle, Vajra, Vayu Vajra, Atal Saarige, Marcopolo and Metro Feeder buses ferrying passengers across the city and also to metro stations exclusively. Hop on Hop off are a specialized fleet for sightseeing opportunities across Bangalore.

Bus Day
Launched on February 4th,2010, Bus Day is an initiative by the government of Karnataka in Bangalore to encourage and create awareness among citizens to avail public transport and to sensitize citizens about environment and individual health. Therefore 4th of every month is celebrated as Bus Day in Bangalore. 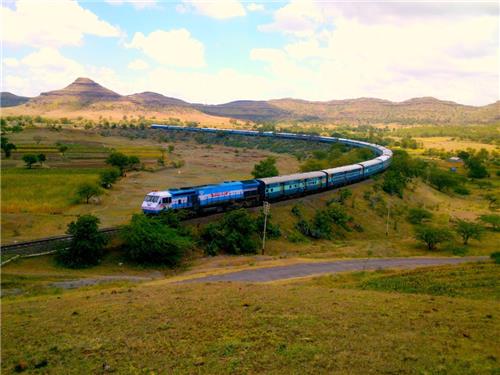 A trains running through the plains in Karnataka / YouTube
Hubli acts as the base of South Western Railway in Karnataka since 2003 and the railway track in Karnataka spans across 3089 kilometers. Coastal belt of Karnataka is supervised by the Konkan Railway Track. Bangalore which is the capital of Karnataka is well linked with major cities in the state and outside the state with metro cities in India as well. Superfast Express trains like Shatabdi and Jan Shatabdi ply between Mysore, Bangalore and Tamil Nadu and Jan Shatabdi is the first train to be fitted with GPS for enhanced local announcement system.

Mangalore is well linked with cities like Hubli, Bangalore and Mysore via railway network yet there are several districts like Chikkmagaluru and Madikeri are not linked via railway nexus.