Best Places For A Perfect Family Getaway in Karnataka

Best Places For A Perfect Family Getaway in Karnataka

Travel enthusiasts across India and abroad must include Karnataka in their wish list, especially if one is travelling with family. It’s a state which can boast of a perfect blend of heritage and natural beauty. Visiting Karnataka remains an unforgettable experience of life. There is something for everyone in this southern beauty, be it wildlife, coasts, pilgrimage, heritage or culture and rest assured there would be a wide smile on the faces of every family member at the end of this enthralling exploration.

Tourists are suggested to chalk out a well planned itinerary before setting out as a single tour of 7-9 days may not cover the entire state if done haphazardly. State tourism department and other private agencies offer various bouquets of travel packages to suit one’s interest, convenience and pocket and one can choose from them.

Karnataka has one of the most advanced transport system in the country. It is connected by 15 National Highways and many state highways. Most of the tourist destinations are connected with excellent road networks. It also has four domestic and two international airports, the most important being Bengaluru airport. All the major tourist spots of the state can be reached through trains running in the state. A special train called Golden Chariot has been introduced by the state government connecting all the tourist locations of the state.

Given below are a few options family travelers can choose from and chalk out their itinerary of Karnataka. 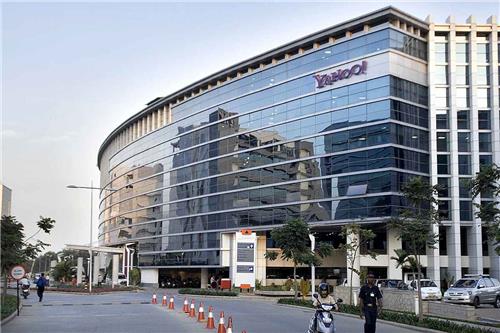 Bengaluru, the capital city of Karnataka, apart from being the commercial hub of the country also boasts of medieval temples, modern architecture and natural scenario. A half or one day family tour of the city may include Tipu's Palace, Bull Temple, Lalbagh, Vidhana Soudha, Museum, Gavi Gangadhareshwara Temple. Casual family travelers prefer to stay in hotels near Majestic, Brigade Road or Lal Baugh. Brunton Aster and the Infantry Hotel are popular among family travelers. 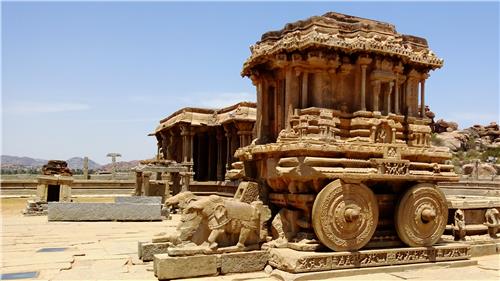 If one is eager to feel the energy of ancient India, a must visit location is Hampi, the erstwhile capital of the Vijayanagara kingdom. The ruins of this once laid back village dates back to 14th century. It’s located in central Karnataka, about 350 kilometers from Bengaluru. One can avail private buses from Bengaluru till Hospet and then take an auto rickshaw to the shrine. Though most of the explorations in Hampi would entail no charges, a visit to the famous Vittala Temple and Elephant Stables has a nominal entry fee. Most tourists involving family prefer a walking tour around the ancient relics but one can also hire a bicycle to roam around. 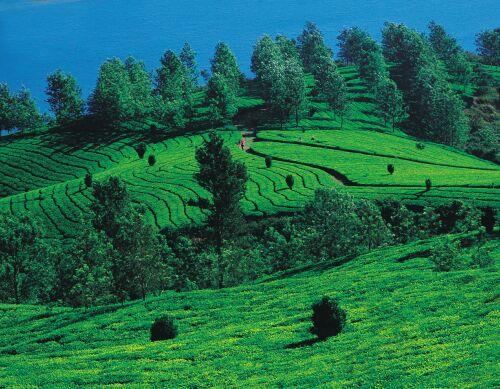 Mysore is another major urban attraction with the intriguing architectural beauties of Mysore palace and many temples drawing family tourists. Tourists are often seen shopping for sandalwood in this city. Not far from Mysore is the hill station of Coorg with stunning mountainous scenic beauty. The highlights of this place are the coffee plantations and two mesmerizing waterfalls namely Abbey Falls and Irupu Falls. Irupu Falls is around 90 kilometers from Madikeri and filled with vibrant butterflies after the monsoons. Road lovers can enjoy an enthralling drive from the place to Bengaluru through Nagarhole. One can put up at guest houses inside the coffee plantations apart from the various resorts and home stays at Coorg. 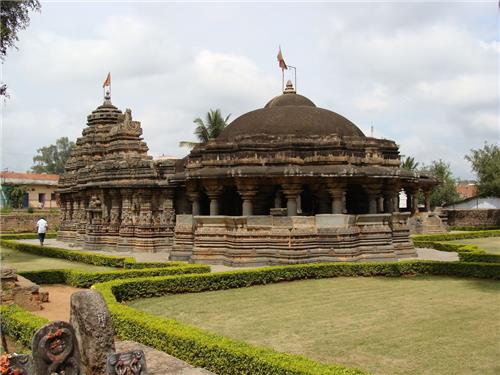 Around 150 kilometers from Mysore and 187 kilometers from Bengaluru is the district of Hassan which houses important tourist attractions like Belur and Halebeed noted for its enchanting natural scenic beauty is also a veritable treasure-house of Hoysala architecture and sculpture; Shravanbelagola, in Channarayapatna Taluka, which is studded with Jain monuments, is a renowned centre of pilgrimage for the Jains.  Accommodation is never a problem as the city of Hassan is well equipped to deal with a huge influx of tourists, thanks to the capacities of its many hotels that range from 3 Stars to 5 Star options.

To leave behind the hectic pace of modern life, one can let the first coffee estate of India in Chikmagalur spell its charm. The Baba Budan Hills are named after Baba Budan who brought a handful of mocha coffee beans from Yemen and planted it here.

Accommodations include Estate Villa, Estate Terrace and The Residency. Chikmagalur has pleasant weather over all, and enjoys a chilly nip in the air during most months of the year.  One can set up light bonfires to keep warm. Every room comes with its set of special umbrellas and bedroom slippers, of course. As anyone who’s been to hill-stations will vouch for - wetlands sometimes encourage leeches – so wear thick jeans and thick socks and shoes, to keep dry. 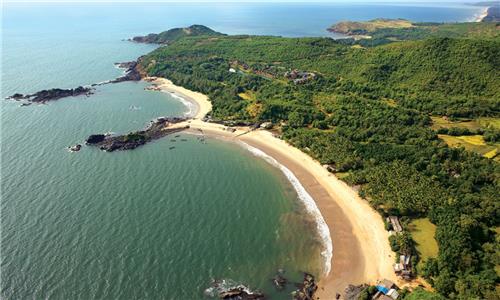 Beach lovers can visit Gokarna with open beaches, undiscovered coves, epiphany sunsets, jagged cliffs, quaint temples. The Om Beach, with its Om-shaped shoreline is a scramble down a rocky cliff - just like every other beach in Gokarna. Cliffs separate each of Gokarna’s five beaches from the other and offer spectacular views far out into the Arabian Sea.

There are cliffs curtaining all the five beaches in Gokarna and gives out a spectacular view into the Arabian Sea. The most popular being the Om beach (shaped like Om). The rest are Cudle Beach, Paradise Beach and Half Moon Beach and Gokarna Beach. There are resorts like Hidden Valley Resort, Majali Beach Resort and others for staying.

So, a visit to the sixth largest state of India with ageless monuments and temples of Hampi and Mysore, breathtaking waterfalls in Coorg, amazing wildlife of Bandipur,  and simply to run away from the mundanely lifestyle of urban settlement, Karnataka could easily be the perfect getaway with the family, not to mention shopping for the exotic colorful silk sarees!
3177