Karnataka is the land of technology, IT hubs, Silicon Valley, everything which is connected with modern. Notwithstanding the very Karnataka erstwhile Kannada was the centre of old civilizations, royal forts and palaces inhabited by the dynasties which ruled the state till pre independence period in India.

Along with Karnataka’s reorganization these imperial mansions, forts and edifices were metamorphosed into heritage hotels preserving the old architecture with revamped luxury suites and rooms equipped with modern amenities. Tourists and connoisseurs of colonial and antique architecture are hereby requested to visit these heritage hotels in Karnataka and spend a few days in the luxury and comfort of the yesteryear mansions, palaces and bungalows.

Check out the best heritage hotels in Karnataka

Given below are a few recommendations of best heritage hotels and their outstanding hospitality in Karnataka. 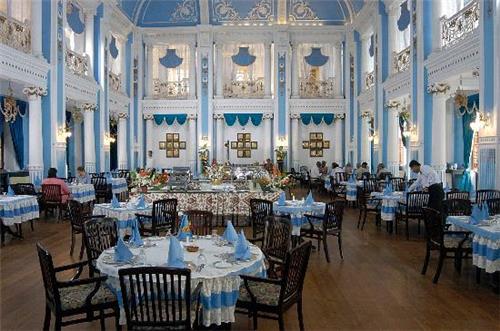 The deluxe elegant hotel, first of its kind was built by the Maharaja of Mysore in Karnataka to house the Viceroy of India in 1931 is now crowned as one of the finest heritage hotels in the southern state. Lalitha Mahal retains its old world imperial charm with 54 deluxe rooms and suites divided into categories of Duplex Suites, Viceroy Suites, Turret Rooms and Double Rooms belonging to the royal era with antique furnishings (4 poster bed, arm chairs, gilt framed Belgian mirrors etc) with the Chamundi Hills in the background.

The cuisine complements the royal charm with South Indian, Continental, Indian, Chinese and Mughlai platter to soothe the refined taste buds of its valued guests. Guests can also try out playing Billiards, jogging on the track, chess and tennis on the play court arena at the hotel premises. 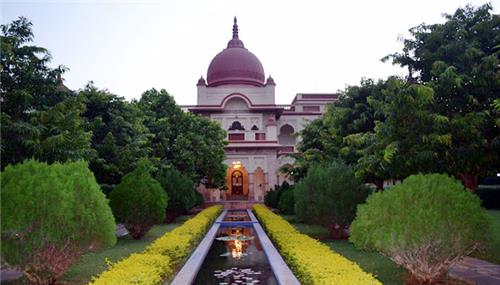 A 20th century bungalow with a beautiful garden revamped into a heritage hotel, Villa Pottipatti in the quaint locality of Malleswaram area in Bengaluru is a soother for tired eyes with rural appeal. The 120 year bungalow belonging to the Reddy’s who migrated from Andhra Pradesh village named the house after their village Pottipatti. With 8 decorated rooms divided into Deluxe, Grand Rooms and Suites enjoy a few days in the circle of nature in royal comfort. Indulge in lip smacking cuisine served underneath a mango tree at the heritage hotel in Karnataka.

Connoisseurs of ancient era transformed heritage hotels can also check out Royal Orchid Metropole overlooking the mesmerizing Brindavan Gardens in Mysore or the Green Hotel at Jayalaksmipuram of Mysore exonerating old charm. Spend a relaxing weekend or a couple of days away from the cacophony of urban city life in Casa Piccola Cottage covered in dense greenery in Richmond Town of Bengaluru or check into the Heritage Resort at Badami situated close to the Badami caves and Aihole in Karnataka.

Gather enough oxygen from a majestic stay at any of these heritage hotels in Karnataka and bask in the glory of nature pampered by their hospitality. Come pay a visit to these regal mansions and houses in Karnataka and be a part of their rich legacy and ancient historical lineage.
3955