The Indian state of Karnataka and beautiful beaches are synonymous to some extent! With a large area of the state lying adjacent to the western coast of India, Karnataka has some of the most picturesque beaches which one can find in the country. The moderating influence of the nearby water bodies on the local weather makes most parts of the state hospitable to tourists, throughout the year. Let's take a look at some of the most well known beaches found in Karnataka. 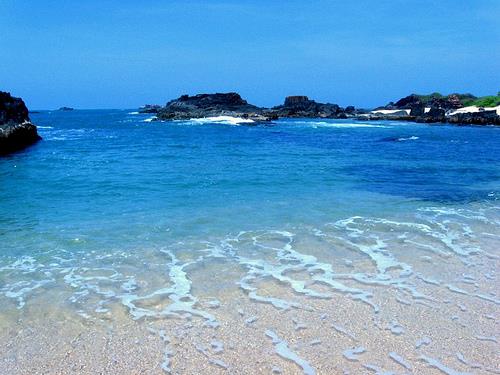 The lush green town of Gokarna is well known for a number of beaches, the eponymous Gokarna Beach being the most famous and the nearest to the town. Tourists are sure to be mesmerized by the sheer beauty of this place while driving to the beach. The road leading to the Gokarna Beach is flanked by the hills and Western Ghats on one side and the Arabian Sea on the other. Kuttle Beach offers an expansive view of white sand, dotted by numerous palm trees. In the vicinity of Kuttle is the Om Beach, which has owes its name to the resemblance that its shape has with the ‘Om’ symbol. 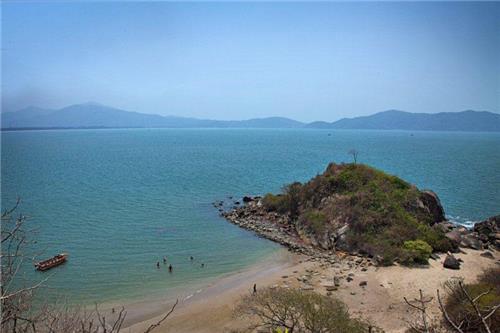 Immortalized in some of the writings of Nobel Laureate Rabindranath Tagore, the sea beaches of Karwar are the most prized gifts of nature to mankind! Infact, Tagore’s first play is said to have been inspired by the sheer beauty of the vast stretches of sandy beaches of Karwar, which is the headquarters of the Uttar Kannada district. The beach at Devbagh, approachable via the Kodibag Jetty, is among the top rated destinations for the tourists in the city.

Besides Resorts and Lodges, Karwar also offers tourists the unique opportunity to stay in Log Huts. Roaming on the beaches and staying in Log Huts – that’s what going to linger on in your memory forever, if you can manage to visit Karwar! Besides, don’t forget to take a look at the bridge joining River Kali and the Arabian Sea – a landmark feature of Karwar. 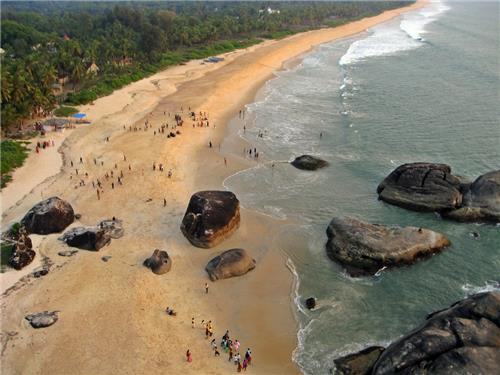 Located 50 kilometres away from the city of Mangalore, Kaup Beach is surrounded by dilapidated remains of old forts and a lighthouse which is almost 100 feet high. A visit to the city of Kaup, to enjoy the idyllic beauty of the beaches, also offers tourists the opportunity to visit the two historically famous temples of Goddess Mariamma, which are located in the vicinity of the Kaup Beach. Early winter is considered to be the best time to visit this place. 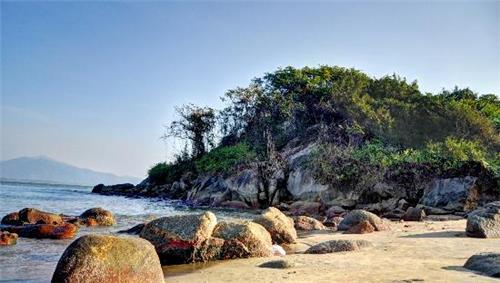 The Kurumgad Beach, located close to Karwar, draws throngs of visitors especially in the month of January when an annual fair is held in the Narasimha Temple, located nearby, during the Pushya Purnima festival. The island is largely tortoise shaped and can be reached using boats available from the Sadashivgad Jetty. The Devbagh Beach in Karwar is located just a couple of kilometers from Kurumgad. The Great Outdoors Island Resort provides standard accommodation to tourists. Besides being a storehouse of natural beauty, the Kurumgad Beach is also known for being the site of a number of adventure sports like Boat Rides, Diving, Treasure Hunts and Fishing. 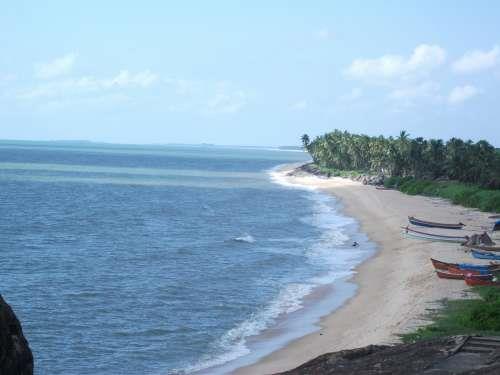 At the mouth of River Udyavara lies Malpe which, besides being attracting tourists because of the beautiful beaches, is also a commercially and strategically important port located on the Karnataka coast. A mesmerizing combination of palm trees, blue sky and sea, and the vast acres of golden coloured sand is visible in the Malpe Beach. In the vicinity is the St.Mary’s Island, which happens to be one of the most popular picnic destinations in the coastal regions of the state. The Dariya Bahadurgarh Island, Balarama Temple and a tile factory constructed by the Basel Mission are other tourist hotspots surrounding the picturesque Malpe Beach. 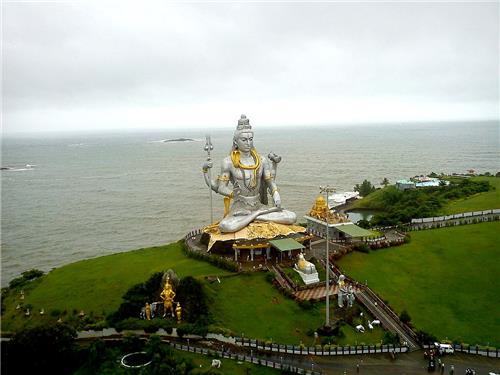 Located between Honnavar and Bhatkal, and just a stone's throw away from the National Highway 17, is the ancient seat of the Hindu religion - Murudeshwar. The town is famous for an ancient temple of Lord Shiva and the nearby beach is one of the ideal picnic spots for tourists who visit the temple. The beach is the ideal picnic spot for the thousands of devotees and tourists who visit the temple. Areca and palm groves dot the landscape of the Murudeshwar Beach and lends it a uniquely refreshing look.