One of the most beautiful states, situated in the southern part of the country, is Karnataka. Home to a large number of tourist hotspots, this Indian state attracts crowds of visitors all throughout the calendar year. Not only is the state endowed with a rich historical legacy (it was known as the ‘Princely State of Mysore’ before being renamed in 1956!), it is also well known for being a voluminous repository of natural resources.

Facts at a glance:
The abundant greenery that is visible in almost all parts of the state, when put cheek by jowl with priceless ancient heritage, makes Karnataka one of the most coveted tourist destinations in the country. In this article, we take a look at some of the best places to go backpacking in Karnataka! 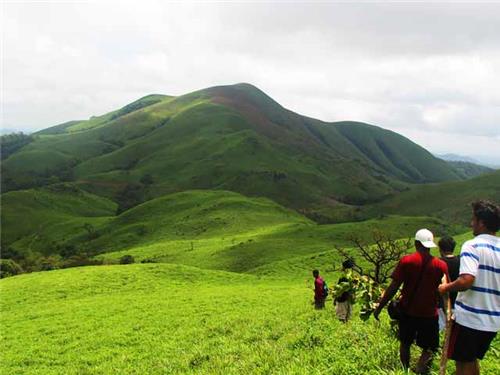 A hill station in the Hassan district of Karnataka, Sakleshpur is a veritable storehouse of the some of the most exotic species of plants and animals. The location of this hill station in the Western Ghats lends it the ideal weather and environment to support tourism. Trekking in the Ombattu Gudda Peak, which stands almost 1000 metres above sea level is one of the primary activities that tourists undertake in Sakleshpur. The name 'Ombattu Gudda' is derived from the nine continuous humps which feature in the structure of the peak. Balur and Kabinale Reserve Forests also act as potent sources of attraction for nature loving tourists.
Ramanagara 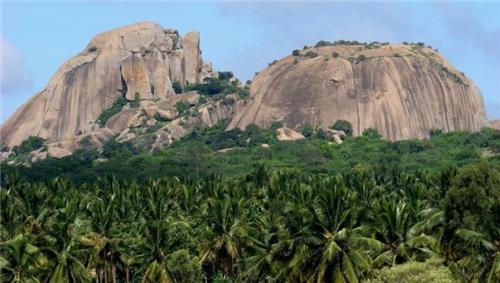 This place, located just on the outskirts of Bangalore, is associated with one of the most famous characters invented in the history of Bollywood - Gabbar Singh! The rocky terrain, besides spontaneously triggering in our minds memories of the super hit Hindi movie Sholay, provides the perfect platform for trekking and cave exploration. The large number of granite rocks and scant greenery present Ramanagara with a unique aura.
Talakad

Located on the banks of the Kaveri river, in the district of Chamarajanagar is the historically famous Talakad. Once a thriving centre of Hinduism, with numerous temples dotting its entire length and breadth, Talakad is one of the preferred destinations for the history enthusiasts. Most of the anicent temples are now buried under several layers of sand. The five most famous of those temples, which are associated with the five Lingams (faces) of Lord Shiva, are Vaidyenatheshwara, Maruleshwara, Pathaleshwara, Arkeshwara, and Mallikarjuna. The mythical story of a widow's curse having turned the once fertile land into a cornucopia of sand is also heard in connection with this place. 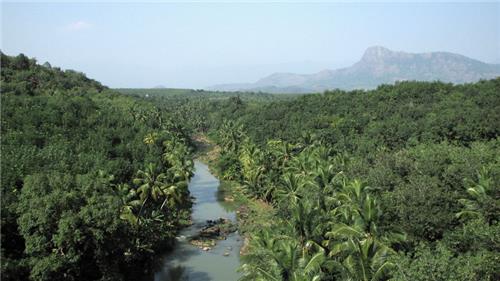 Yet another site in Karnataka which is steeped in history, Mathur is a quaint village located near Shimoga, on the banks of the Tunga river. The traditional patronage extended by the village to support and develop the Gamaka Art has been the subject of numerous research studies, undertaken over the years. Gamaka is the well known form of storytelling and singing which is said to be exclusive to the state of Karnataka, The use of Sanskrit for day to day communications is a good enough proof of the Mathur's unbroken links with its rich ancient heritage. The famous Someshwara temple is also located in the vicinity of the village. 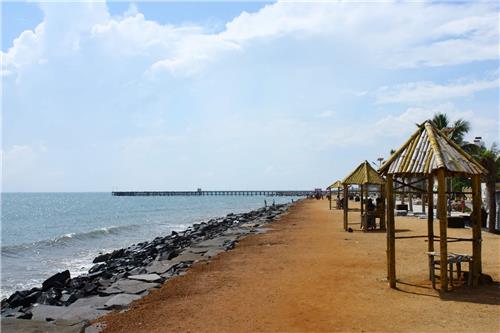 Though it's not an official part of the state, it is one of the most offbeat destinations that a tourist can find near Karnataka. The town of Pondicherry is exquisitely beautiful in its own ways. The Aurobindo Ashram and the numerous cathedrals lining almost every part of the town are pleasantly complemented by the expansive beaches providing breathtaking views of the ocean. The buildings, streets, and structures carry a strong undercurrent of the magnificent union of Indian and French architecture born in Pondicherry, when it used to be a French colony. Tourists here can also experience the many eccentricities of a 'fisherman tour', during which one can experience the life of a fisherman from close quarters.
5217