Karnataka is considered as one of the top states in the country for sports. With many eminent personalities such as Prakash Padukone (Badminton), RM Shankara (Carrom), Girish Koushik (Chess), Rahul Dravid (Cricket), Pankaj Advani (Snooker) and MP Ganesh (Hockey), Karnataka has definitely come a long way in the field of sports.

Set up in 1969 as the Directorate of Youth Services, the Department of Youth Empowerment and Sports in Karnataka was established with an objective of channelizing the enthusiasm of the young towards nation building activities. In 1975, the department was reorganized by launching divisional and district level offices and in 1977, the department was again reorganized by adding officers at the block level.

To promote sports in the state, the department has implemented various State Sector Schemes in Karnataka:

Youth Camps and Rallies
Various Youth Rallies are organized throughout the state for the youths, who can showcase their talent on cultural festivals and folk Arts.

Conduct of Training Programs
Many training programs such as Yuva Prerana, Yuva Samvahana and Yuva Chetana are conducted in the state to encourage the youth to take part in community development programs and acquire leadership and entrepreneurship qualities.

State Youth Award
To give recognition of the services provided by the youth in community development and welfare, youth awards are given out every year.

State Youth Center
Located in Bengaluru, the State Youth Center is equipped with the best of facilities for fostering young talent including exciting activities to empower the youth with skills, attitude and knowledge.

Sports Authority of Karnataka
This is the apex institution for organizing state, national and international level sports programs and games in the state.

Girl Guides
The Grant-in-Aid institution dedicated to develop a sense of service among girl students at primary, middle and high school level by Guides movement.

Here are some of the popular sports played in the state of Karnataka:

Cricket is probably the most popular sport played in the state. Karnataka State Cricket Association (KSCA) is the governing body of the sport over here. Founded in 1933, the association is affiliated to Board of Control for Cricket in India (BCCI) ever since.

Formerly known as the Mysore Cricket Association, KSCA is responsible for the development of the famous M. Chinnaswamy Stadium in Bangalore and now, also the newly built D.R. Bendre KSCA Stadium Rajnagar in Hubli. 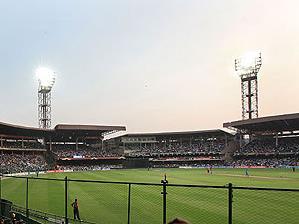 The Chinnaswamy Stadium in Bengaluru is the only cricket stadium in the state that also hosts international cricket matches. It is also home to the National Cricket Academy, where they train youngsters who could play for the national team in the future. In 1990, most of the players in the Indian Team for One Day International and Test Matches were from Karnataka only.

Hockey Karnataka was formed under affiliation with Hockey India, the sole governing body of Hockey in the country. It was formed to boost the game at the grass root level and also train hockey players and give them the confidence to play at national and international levels. 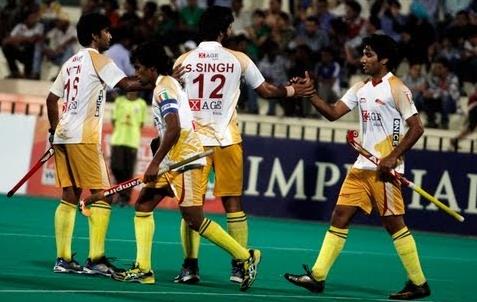 Home to several hockey institutions, training grounds and campaigns, Karnataka, especially the Kodagu district, has produced many famous hockey players, who have even played on the international level. Hockey has a special place in the culture of Kodava and even has a special annual event – Kodava Hockey Festival dedicated to it, which has also been recognized as the largest hockey festival in the world by Guinness Book of World Records.

The state of Karnataka is also home to its very own hockey team – Karnataka Lions, which also participates in the World Hockey Series with captain as Arjun Halappa. Bangalore Hockey Stadium, also known as KSHA Hockey Stadium, is the home ground for the team.

Another popular local team from Bengaluru called Bangalore Lions or Bangalore Hi-Fliers in the state is one of the most successful teams in Premier Hockey League Series and has won the league twice in 2006 and 2008.

Karnataka Football Team is the state football team representing Karnataka in the Santosh Trophy. They have participated in the trophy nine times, out of which they have won the trophy four times. The current (2013) captain of the team is Chethan Kumar BV. Bangalore Football Stadium is the home ground for the team.

Karnataka State Football Association (KSFA) is a part of the 36 football associations in the country, which is affiliated to All Indian Football Federation. Established in 1946, KSFA is the governing body for football in Karnataka.

Over the past few years, the association has made a lot of progress, including the Indoor Badminton Stadium with a clubhouse. Currently, the association has 1600 members. With a capacity of 3000 people, the stadium is equipped with all modern facilities including a gym, health club and other amenities for nurturing talent in the state. The Club House is also equipped with facilities such as swimming pool, billiards table, squash court, table tennis and bar and restaurant. 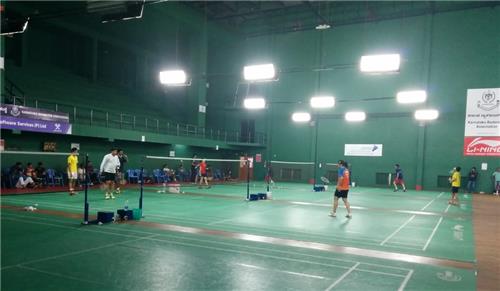 Currently, KBA is highly involved in promoting the sport of Badminton throughout the state.  The Association puts special emphasis on fostering young talent in various districts of the state and also to give them confidence to play at the international level.

Furthermore, KBA has also merged with the District Badminton Association (DBA) to conduct regular coaching and training camps at various districts of Karnataka. This is done to identify the various boys and girls who are talented in this field. KBA then take them under its wings and supports them for badminton related activities.

Tennis is another popular sport played in the state of Karnataka. Bangalore has also hosted the prominent Women’s Tennis Association event and Bangalore Open in 2006 and 2007 respectively. Many popular players such as Mahesh Bhupathi, winner of Gran Slam Doubles, have emerged from this state. He has also established a famous Tennis Academy in Bangalore with the help of Nike. 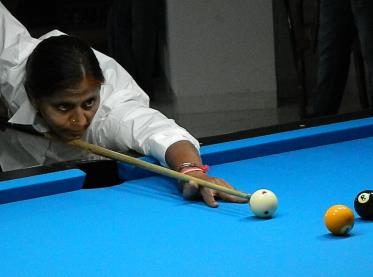 Cue Sports are very popular in Karnataka especially Snooker and Billiards. Karnataka has produced some great personalities who have won many titles in cue sports. Pankaj Advani who has won three awards in cue sports including IBSF World Snooker Championship (2003) and IBSF World Billiards Championship (2005) at just the age of 20 is from the capital city of the state - Bengaluru. Moreover, Karnataka is also home to the famous World Ladies Billiards Champion (2012) – R. Umadevi.
11220