Karnataka in South India is a state comprised of 30 districts inclusive of Bangalore which is the capital city of Karnataka and the IT hub of India and is the fastest growing metropolis ranking 5th in the world. Karnataka is an agglomeration of several districts and dominions severed from neighboring provinces of erstwhile Mumbai, Hyderabad and Madras post British India and Indian Independence. Karnataka officially came into being in the year 1973 being segregated from Mysore and unifying all the Kannada speaking districts as a result of the States Reorganization Act. Karnataka has excelled throughout in fields of culture, education, healthcare and technological expertise. In fact, Karnataka has been crowned as a popular healthcare hub acting as a haven for foreign tourists who visit the state to avail advanced healthcare amenities and treatment. Approximately 8000 foreign tourists are treated at Karnataka’s hospitals every year. 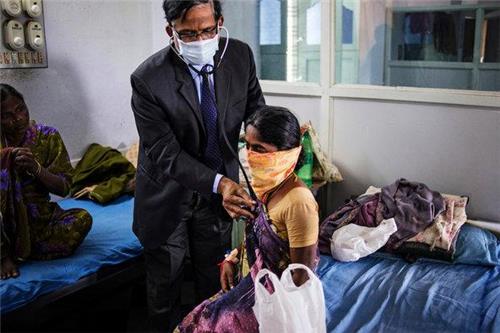 A doctor checks up a patient in Karnataka / source

Karnataka leads the race in offering advanced healthcare facilities due to which it is often considered a healthcare zone ready to compete with the best medical facilities all over the world.  Moreover, Karnataka’s public health domain as in government hospital infrastructure is way better than other states which suffer from inadequacies and shortfall.

Karnataka Institute of Medical Sciences in Hubli district is an autonomous institution established in 1957 and is one of the oldest government healthcare facility and possibly the largest medical multi - specialty hospital in North Karantaka with approval of Medical Council of India. With 600 undergraduate students and 103 post graduate students along with 100 nursing students and paramedical students, KIMS Hubli is an institute in itself. The KIMS Hubli has several affiliations and is a prime medical facility with path breaking record in treatment of Cancer patients and research. Catering to patients from neighbouring states in Tamil Nadu, Maharashtra, Andhra Pradesh, Kerala and specializes in palliative, nephrology, cardiology,endocrinology, neurology,plastic surgery and pediatrics departments along with providing Anti Retro Viral Therapy for treating HIV/AIDS patients.

KIMS also acts as a trauma care center, maternal care and child care center and it has been recognized as a center of excellence by World Health Organization. Karnataka has also excelled in Ayurveda treatment Unani treatment with the establishment of AYUSH (Ayurveda, Yoga, Naturopathy, Unani, Siddha and Homeopathy) for treating incurable diseases and life problems with a holistic method. Ayush has also excelled in rural healthcare as rural people can easily access its facilities and are greatly benefited by its treatment.

Karnataka is dubbed as one of the biggest states in South India with a demography rate of 6 crore people and it is one of the first states to have set up two birth control clinics or centers in Mandya district as early as 1930. Mysore is the first state in Karnataka to have initiated the vaccination effort against thwarting small pox. 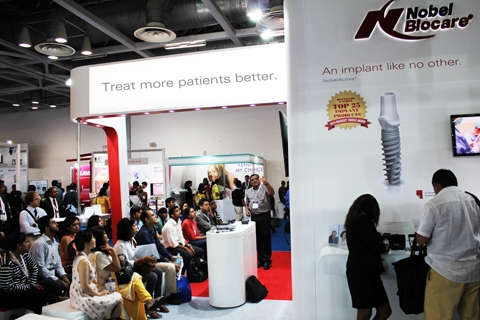 A healthcare conference takes place in Karnataka / source
However it might be noted that Karnataka despite being topping the chart of offering best healthcare facility in the private domain but it is lackey in offering primary healthcare services at its best. Karnataka ranks fifth among the states with high rate of HIV/AIDS cases and as a result the Karnataka Assembly has passed a bill making pre marital HIV testing mandatory since the first case was detected as early as 1988. Karnataka’s population is impacted by Handigodu syndrome, a rare osteoarthritis problem indigenous to people of Malnad dstrict.

Karnataka’s healthcare is indeed par excellence compared to other states and metro cities in India, but also this state is ranked very high when the topic of medical tourism pops up. With endless healthcare facilities to choose from in the private domain and optional medical care available along with ISO endorsed government healthcare centers and hospitals, Karnataka delivers high on its promise of medical tourism. 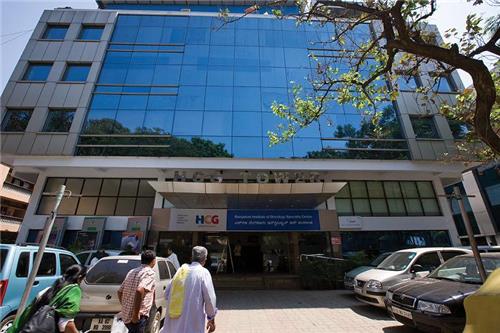 HCG Hospital, one of the leading destination for cancer patients
India’s ranking 2nd in medical tourism index of the world is due to Karnataka’s healthcare facilities and also because of the healthy environment, English as a communication language and better conveyance and connectivity factors.

Karnataka also has initiated Comprehensive Nutrition Mission to fight malnutrition and anemia in the state in 2010 prevalent among children and women specifically and also to eradicate malnutrition among the susceptible groups.