Emergency and Utilities in Karantaka

Emergency and Utilities in Karantaka

The state of Karnataka is known for its beautiful tourist destinations. The state is endowed with rich natural sources and beauty. From small charming hill stations to vibrant urban centers, one can find everything over here.

Due to the flourishing tourism industry over here, the government has taken many conscious efforts and steps to improve the stay of the visitors in the state. Therefore, one can find all the important public utility and emergency services in Karnataka so that they have a trouble free stay over here. 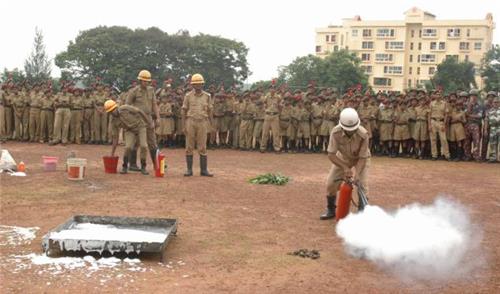 The State Fire Services in Karnataka was initially launched in 1942 in North and South Bangalore under the administration of the Police Department. Later, due to re-organization of the state, other cities including Bellary, Hospet, Mangalore, Udupi and Raichur were also added. The department started functioning independently in 1965 under the Karnataka Fire Force Act 1964. Under this act, an independent Directorate of Fire and Emergency Services was established on 5th November 1965. One can even dial the toll free number – 101 in Karnataka to avail fire services in the state.

Currently, there are 168 fire stations spread across the state, out of which, 31 were established in 2012. The Fire Department in Karnataka also has various rescue vans stationed in Bangalore, Mysore, Gulbarga, Mangalore, Mandya, Hassan and Chamrjanagar.

Some of the main fire stations in Karnataka are:

All the blood banks in Karnataka store almost all blood groups and can be contacted easily in case of an emergency.

Here are some major blood banks in the state of Karnataka:

Efficient ambulance services are very important for any city to smoothly function. One dial the toll free hotline number for ambulances – 102 to avail quick ambulance services in the state. Alternatively, you can also directly contact the hospitals.

Here are some hospitals in the state of Karnataka that provide swift and efficient Ambulance Services:

The state of Karnataka is often known as the cradle of banking in the country. This is because seven of major banks in India, namely, Canara Bank, Vijaya bank, Corporation Bank, Syndicate Bank, Vysya Bank, Karnataka Bank and State Bank of Mysore originated from this state. The district of Udupi and Dakshin Kannada have the best distribution of the bank branches, that is, one bank branch for every 500 persons.

Also check out the emergency services in other major cities of Karnataka: Bangelore | Mangalore | Raichur | Dharwad